I worked for MedRespond for a time; During which I created all the broadcast-graphics and videos for their Cancer Clinical Trials Project for UPMC. 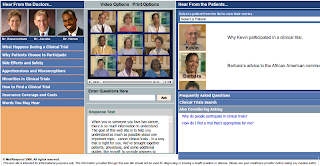 My task was to Record, Edit, and add Graphics to hundreds of videos to be used with their AI-based question & answer engine.

Video was recorded on green-screen with a variety of actors, celebrities, patients, and doctors. Each video had to be edited together from several takes, and entered into a database containing a transcript and link to the video.

My time spent working on this project was quite enjoyable, but also daunting because of the sheer volume of videos to be created (over 1,000) and the detail put into most of the edits.